While learning Galois theory, I had an intuition about the relationship between the number of radicals you need to nest to write an algebraic number exactly, and the number of groups in the abelian chain connecting the Galois group to the trivial group. After searching for a few minutes and not finding a proof, I decided to attempt one myself. The image serves to help illustrate the proof. 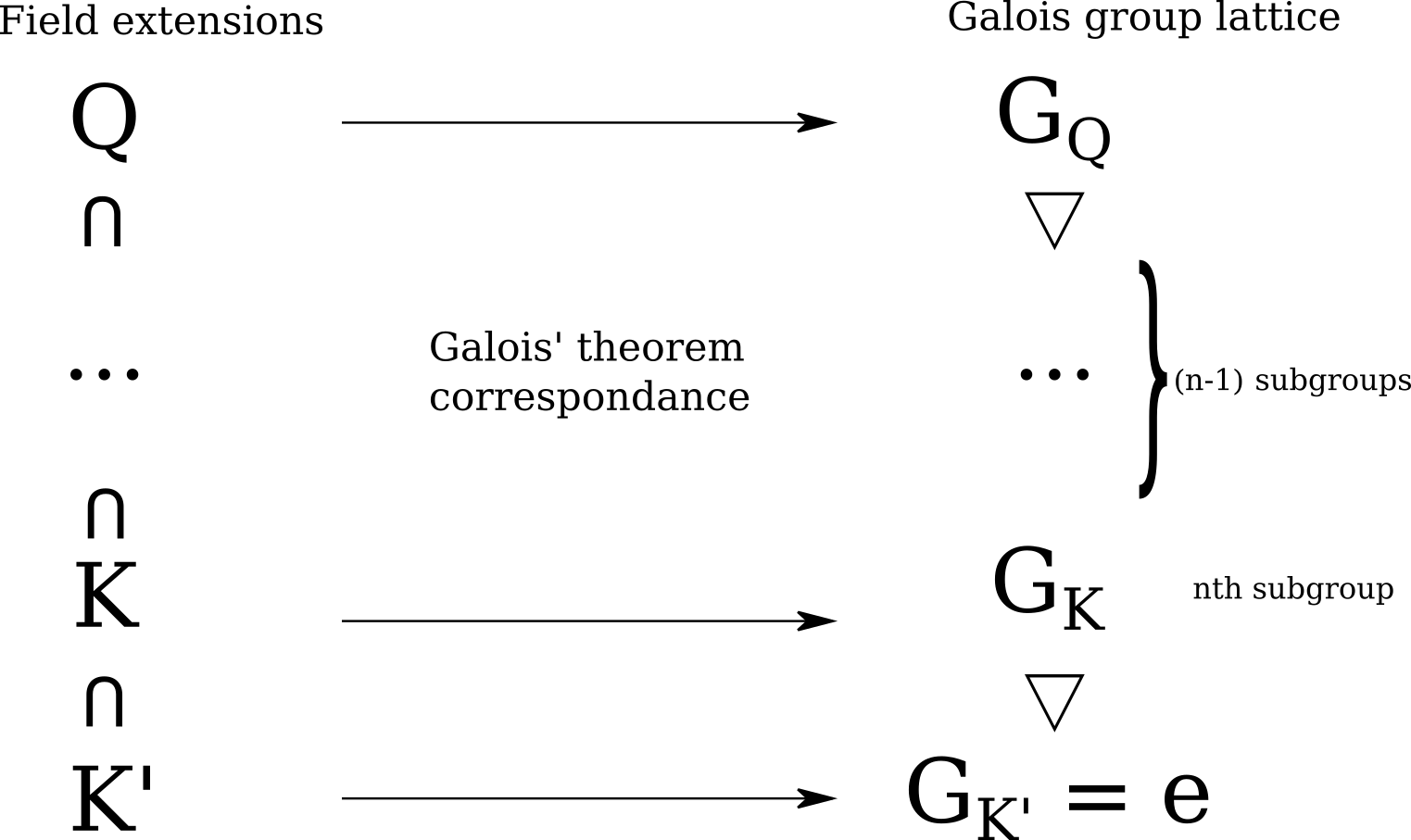 Theorem: If $\alpha$ is an algebraic number, then the minimum number of radicals required to represent $\alpha$ is equal to the number of subgroups in the abelian tower of the galois group of $\alpha$’s minimal polynomial.

Then the result follows from the principle of mathematical induction.